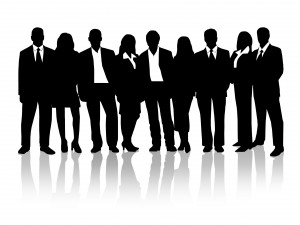 Do you remember when you were in school and your teacher would assign a team project? You either loved or hated team projects because you knew that every group ended the same; there were always a few that led the group and did a majority of the work, the few that contributed, the one that argued every point, and the slacker who did absolutely nothing but still got the same grade. It was bullshit, and it wasn’t a powerful team. Fast forward many years, are you finding yourself in the same boat at your workplace?

The fact of the matter is teams outperform individuals every time, no matter the capacities of the people involved. People working together towards a common goal always outperform the lone ranger. So what’s it mean to be on a real team?

For a team to exist they have to have existing shared objectives that their coordination and cooperation are leading them towards. In other words, a team is not simply a thing you declare with a roster of names. A team is held together by their commitments they share and serve with their engagement with one another.

A team is not just a bunch of people with titles working in the same building and doing their job without any knowledge of the cause and effects of their actions on the other group member’s concerns, situations, capabilities or strategies. This group I’m describing literally think and act as if they have no effect on anyone and they think and act as if no one else affects them. But here’s the kicker… these groups of people KNOW intuitively they DO affect others and others affect them. Their experiences prove it.

The relationship of powerful teams to people with intentions to become masters of their profession is profound. For starters the team has a more powerful interpretation of each situation the team is in and what thinking and actions are necessary to produce their objectives than any one person thinking and acting alone. The feedback that team members operate in continuously is like a person that works out 6 days a week for 40 years and a person that works out occasionally. The team members are innovating their thinking and actions constantly because of the input they offer each other. The individual operates until they experience failure then they “think” of something else to do to try to produce the outcome they desire. The team avoids many actions that are guaranteed to fail because the team has a collective knowledge of how things actually operate. For example, if a person wants to design and produce a wonderful new product like a superior life-preserver to increase their income, but they know nothing about physics, they are guaranteed to fail if they happen to choose a material to construct their new life-preserver that violates the law of displacement. So our inventor having a background in aesthetics knows that people love things that look smooth and feel smooth chooses to use lead as his materials to cast his new life preserver. He even knows how to paint the lead to make it stand out for people in an emergency. His failure comes when he drops the life-preserver in the water…

The point of all this is there must be great leadership to bring forth a group of people that produce a set of shared concerns, objectives and beliefs of the situation and help coordinate the necessary actions to produce their objectives so that they really are a team.

I challenge you to look around yourself the next time you’re at work. Are you part of a team? We are always looking for good people to join the Jenco team to produce a learning organization to satisfy customer’s concerns and produce incomes over long periods of time to live a good life your entire life. If this is something you’re interested in – email me to start the conversation.